Provoke your assumptions, challenge your beliefs and grow as a student and citizen by engaging in dialogue, research and scholarly collaboration at the Fisher Center for the Study of Gender and Justice. Bringing together faculty, students and experts in gender-related fields in the arts, humanities and social and natural sciences, the Fisher Center fosters mutual understanding and social justice in our contemporary society.

Since its founding in 1998, the Fisher Center has brought hundreds of national and international experts to campus to explore the facets and implications of one driving question: How do we more nearly realize, through our educational program, scholarship and presence in the larger community, our democratic ideals of equity, mutual respect, and common interest in relations between men and women?

In 2022-2023, the Fisher Center will interrogate the multiple meanings invested in the concept of the machine. 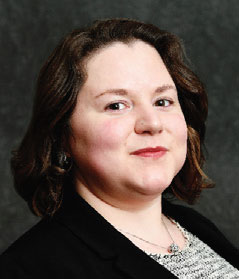 Macy McDonald is a Ph.D. candidate in English with a specialization in algorithm studies at The University at Buffalo, SUNY and the 2022-23 Pre-Doctoral Fellow at the Fisher Center. Their research analyzes the rise of datadriven decision support tools by asking what drives us toward data? And, perhaps more importantly, what drives are embedded in data? Their dissertation project, “Machine Bias: An Allegorical Approach” draws from algorithm studies, digital rhetoric, and literature to capture the significance enacted but unrepresented by black box machines. 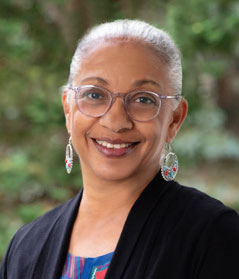 Janette Gayle is an Assistant Professor of History and joined the HWS faculty in 2017. She holds a Ph.D. in History from the University of Chicago, and teaches courses in African American, Labor, and Women’s history. Her work at the Fisher Center will critically examine the experience of Black women as industrial workers in the New York garment industry. Her analysis is framed around the idea of the industry as a machine in which workers were expected to function like machines at a relentless and ever-increasing pace to meet the demands of employers intent on maximizing profit. 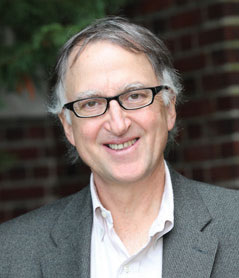 Rocco (Chip) Capraro is an Associate Professor Emeritus of Men’s Studies, and has been an adjunct professor in the HWS Entrepreneurial Studies program, teaching entrepreneurial ethics. He holds a Ph.D. in history from Washington University in Saint Louis. Capraro was the founding director of HWS curricular and co-curricular programs in men’s studies and has published frequently on college men. His Fisher Center Faculty Fellow Research Project is “Feminist Perspectives on the Self-Driving Car as a ‘Moral Machine’.” His research will feature readings in feminist and utilitarian ethics and studies of AI/ algorithms and robotics applied to self-driving cars, and includes interviews with Silicon Valley engineers who have helped to develop self-driving vehicles. 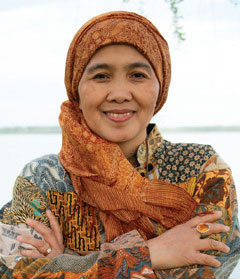 Etin Anwar is a Professor of Religious Studies at HWS and an artist by passion. She brings to her work an interdisciplinary background in Islamic feminism, comparative ethics, and material culture. As a fellow for the Fisher Center, she will explore the impact of using artificial intelligence processes in producing pictorial art and its ethical implications. In particular, she examines how the AI art platform produces “Islamic” pictorial images and identifies ethical dilemmas and contributions that emerge through such processes. 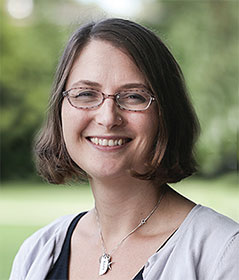 Elizabeth Belanger is an interdisciplinary scholar and Associate Professor of American Studies at HWS. Her archival scholarship explores the intersection of race, gender, and mobility using GIS technology to uncover everyday acts of resistance. While serving as a Fisher Center Fellow, Belanger will be undertaking a new project that lies at the intersection of family history, 19th-century tourism, and the transformational technology of the snapshot camera. Drawing from an archive of family photographs, the project traces how the camera became one of the primary mediums through which Americans explored questions of racial subjectivity, gender identity, and place. By placing snapshots and the machine that produced them in a broader social context, the project explores how the snapshot camera functioned as a cultural medium intricately tied to notions of self and others in the early 20th century. 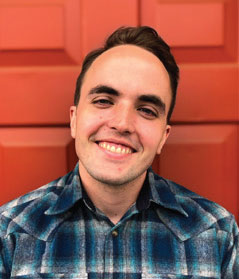 Daniel Schonning holds a bachelor’s degree in English and comparative literature from HWS and his poems have appeared in POETRY Magazine, Poetry Daily, Orion Magazine, The Yale Review, and elsewhere. His most recent research and creative projects are concerned with inherited and innovated poetic forms. His work for the Fisher Center will consider the poem as William Carlos Williams’ “small (or large) machine made of words,” along with the consequences that this definition has in terms of gender, race, and power in poetry.

Take your curiosity beyond the classroom and complete research around issues of race, gender and class through the Stephen W. Woodworth ’54 Fisher Center Student Summer Fellowship. Over the course of a summer, students will conduct research under the guidance of a faculty adviser in fields such as English, dance, religious studies, history and more. Fellowships are competitive. Accepted students receive a stipend and campus housing.

An opportunity to gain experience teaching in a private liberal arts college while completing thesis work. The fellowship carries a stipend in exchange for teaching one course per semester related to your research and the year's theme, attending Fisher Center lectures and meetings, making a public presentation and assisting with administration of Fisher Center programming. The pre-doctoral fellow participates in the Faculty Fellows Research Group which meet twice a month to discuss their research as related to the year’s theme.

Each year four or five Faculty Research Fellows are chosen to participate in the Fisher Center Research Group, meeting regularly to discuss research around the year's theme. Research Fellows present their work to the broader community during the spring semester.